Hey! Welcome to another guide for Logic Pro X from Top Music Arts. In this guide we will cover;

So, let’s get on with things, we’ve got a lot of cool stuff to cover!

What is Pitch Correction?


In case any of you are unaware, Pitch Correction is a super common effect used in Music Production today. It can be applied to many different signals, but you’re probably most familiar with its use as Autotune by the likes of Kanye West or Cher. There are so many options for pitch correcting out there, that it can be overwhelming to compare all the various plugins. They all basically do the same thing, but what exactly do they do?


A pitch correction plugin is applied when you want to fix or change the pitch of an incoming audio signal. The way the plugin works is by referencing the incoming audio signal’s pitch to a user-defined scale. So for example, if your song was in A minor, and you set your pitch correction plugin to that scale on some vocals, any incoming vocals sent through the plugin would be corrected to be in tune with that scale. It works best on melodic recordings with one part, such as vocals, whereas polyphonic recordings such as a choir, or highly percussive signals, can’t always be corrected to a specific pitch.


Why do you need it?


Pitch correction should be a key player in any producer’s arsenal. Not only is it a useful tool for correcting minor pitching errors, it can also be used as a creative effect. When applying Autotune (the flagship pitch correction plugin) to a vocal signal, there are parameter options to choose whether you want the effect to be really obvious, or subtle. The correction speed dictates how quickly the plugin corrects a wrong note to a correct one, and when the effect is applied in an obvious way, this can introduce interesting sonic artifacts.


This is where artists such as Kanye or T-Pain derive their signature sounds from; the super obvious application of Autotune on their voice. However, pitch correction is probably used on all popular recordings you hear today; as it can serve to ever so slightly correct a vocal track to make sure it’s perfectly in tune with the song.


So it’s a really versatile tool, and it should be a go to plugin in your production process, especially if you often work with vocals.

Logic Pro’s bundled pitch correction effect is a solid contender when it comes to this category of plugins. With its aesthetically pleasing interface and intuitive controls, it’s a great way to add pitch correction to your songs without having to spend any extra money on a dedicated plugin.


Let’s look at some of the parameters:

So as you can see above, Logic’s Pitch Correction is a pretty robust plugin; it has all the parameters you’d want from a pitch correction tool, without having the hefty pricetag that Antares Autotune or Melodyne have, for example. Sound-wise, it’s pretty solid. I have used this myself many times over the years and it produces great results, and considering it comes bundled with Logic Pro from the get go, it’s a great tool.


Other options for Pitch Correction 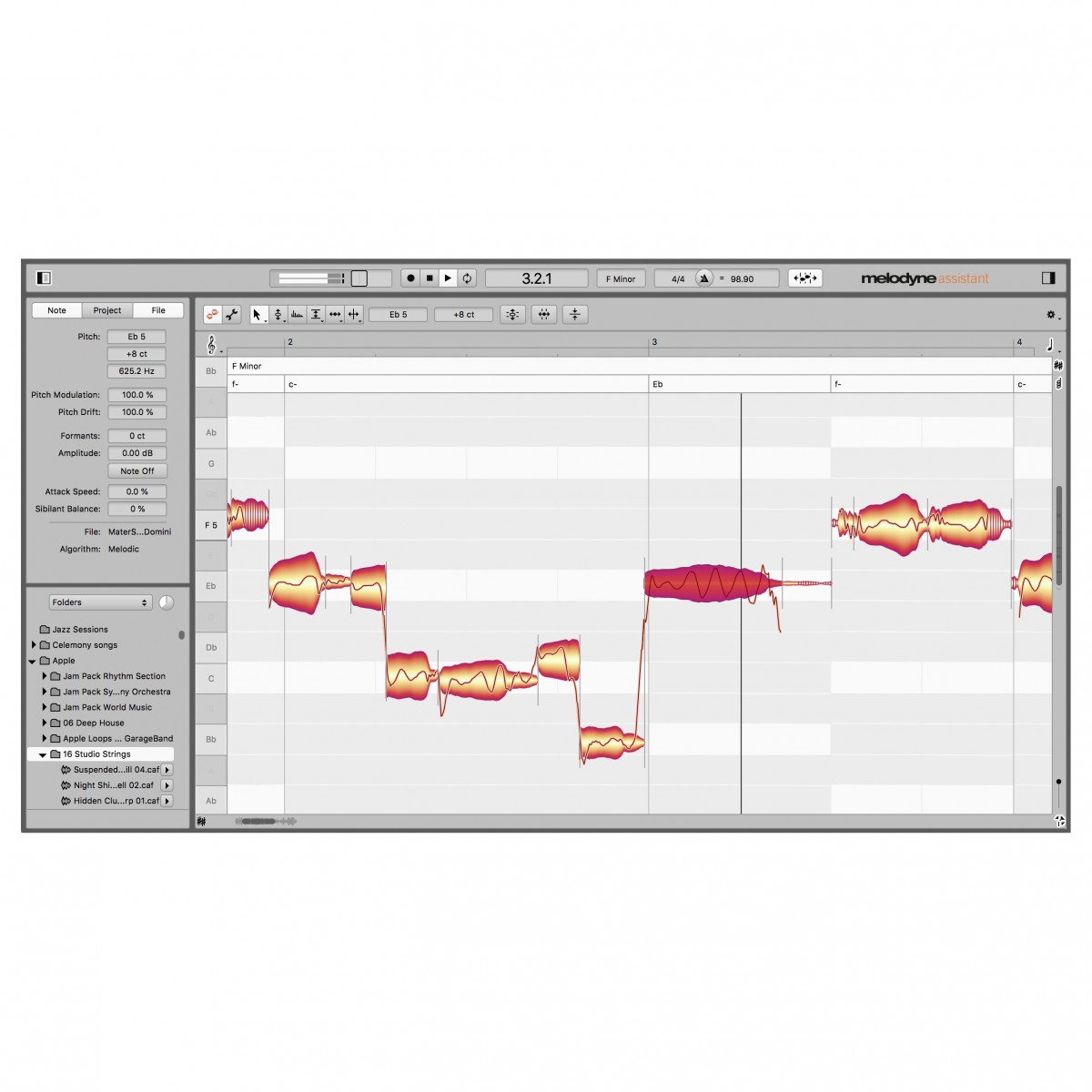 It wouldn’t be an article on Pitch Correction if we didn’t give a shout out to the previously mentioned Antares Autotune and Melodyne plugins. There are two flagship players in the world of Pitch Correction, and for good reason, they each offer distinct ways to correct and manipulate pitch in your productions.

Antares Autotune is basically a more fleshed out version of Logic’s Pitch Correction plug in (or rather, Logic’s plugin is a stripped down version of Autotune); it was the original plug in of its type, produced in 1997 by Antares Audio Technologies. It revolutionised the way producers could work with vocals, gaining both acclaim and notoriety simultaneously. It spawned many copycats, of which Logic’s Pitch Correction is one.

It offers a more fleshed out experience; giving you more control over the effect and how it’s applied, with controls such as Humanize, Natural Vibrato and more. While it’s definitely a powerhouse plug in, and the go to if you’re looking for this type of effect, you can achieve equally satisfying results with the cheaper alternatives, since Antares Autotune Pro costs a hefty $399.

Celemony’s Melodyne is another huge player in the pitch correction world. Melodyne is different to Autotune, and famous for its almost forensic level of detail it allows. The notes of a phrase are shown on a piano-roll like interface, so you can easily see how close to your target note the incoming audio signal is.

As with Auto-Tune, Melodyne can be used in a subtle way; you can change the note’s average pitch, as well as duration, vibrato depth and starting positions of words and phrases. The level of control over these means you can adjust things slightly to get a more cleaned up sound, or you can go overboard and abuse the controls until you have something that sounds wholly unnatural.

Melodyne even has a multitrack mode which allows you to create artificial harmonies which can sound great on a chorus!

In general, the two plug ins are seen as two sides of the same coin. Where Auto-Tune is seen as a great tool for on the fly real time correction; a quick fix, Melodyne is seen as the more intricate forensic option, allowing much more details and finesse. The trade off then is that it is very time consuming and requires someone who really knows what they’re doing, whereas with Auto-Tune, you’re pretty much in a plug in and play situation, allowing anyone to sing ‘in tune’. Just check out soundcloud’s overabundance of bedroom rappers and you’ll see what I mean.

So, as you can probably tell, there are loads of options for pitch correction plugins out there, but Logic Pro X's bundled plugin offers some really great features and sound. I can say from personal experience that it delivers some quality results, so make sure you try it out!

As always, thanks for checking in with us here at Top Music Arts!