Welcome to another article detailing everything you need to know about Logic Pro X! In this article we are going to discuss the Logic Pro 10.5 update, the biggest update to the DAW since Logic Pro X was released. We will cover;


So without further ado, let’s begin looking into the Logic Pro 10.5 update!


Logic Pro has existed in one form or another since 1993. That’s as old as me, but I’m still waiting for my next major update!


In mid 2020 Logic received the significant update of version 10.5. It’s always interesting when one of the long running players in the DAW game - namely Logic, Pro Tools and Cubase, whose roots lay in the 1990s- receive big updates to bring them up to speed with the newer competition on the scene. Logic Pro has always been a versatile program,with  great options and functionality for both audio recording and MIDI programming, offering a versatile workstation for electronic producers and more traditional live instrument recorders alike, there’s little that Logic Pro can’t do. As they say, what do you give the one who already has everything?


Well, enter version 10.5, with major new features and a lot of the effort going into the user experience of the DAW. If there’s one thing Logic has lacked in the past, it’s a smooth UI. Remember how clinical Logic 9 looked?


Based on the headline features of the 10.5, which include Live Loops, Remix FX, and the Step Sequencer, Logic seems to be gearing the update towards hip-hop and EDM producers, having introduced some features that are not too different from Ableton Live’s intuitive Clip View. So is this update bringing Logic up to speed with its competitors while retaining its versatility, or is it adding a new way of working for Logic Pro users?


Logic Pro 10.5 became available in May of 2020, so there’s been plenty of time to explore the new features in use. Let’s dive in! 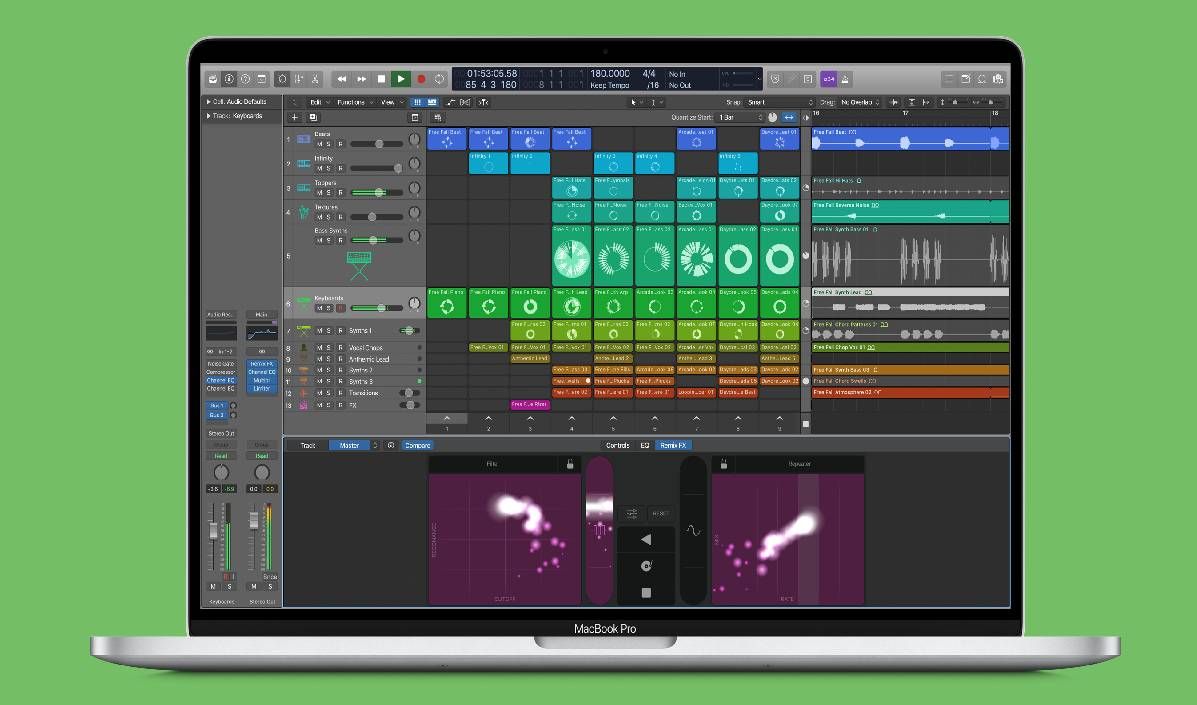 Probably the most significant update to Logic Pro in the 10.5 release is the introduction of the Live Loops feature. Apple describes it with the following.


“Live Loops is a dynamic way to create and arrange music in real time. Kick off your composition by adding loops, samples or your recorded performances into a grid of cells. Trigger different cells to play with your ideas without worrying about a timeline or arrangement. Once you find combinations that work well together, you can create song sections, then move everything into the Tracks area to continue production and finish your song.”


As we can see, it’s a feature that is akin to Ableton’s Clip View, but far from being derivative and boring, it offers a fresh new way to work in Logic, integrating well with the rest of the DAW’s functionality. Though rooted in Ableton’s ideas, it has a decidedly Logic feel to it! The UI is clear and informative, and it’s a really neat feature, adding new ways or working in Logic Pro that are a refreshing switch up. With features allowing you to use Apple Loops, Virtual Instruments or Audio Recordings in the ‘cells’ of the Live Loops section, and play scenes and then record these into the familiar track area, this is a great new feature.


However, it’s worth noting that it’s such a big change, and arguably so late in the game compared to Ableton’s version of this music creation process, that there may be a whole subset of Logic users who are too set in their ways to try it out! Each DAW does come with its own unique workflow afterall, and perhaps Logic’s is too ingrained in some to allow everyone to  comfortably transition to this Live Loops way or creating and performing?


Try it out and see! 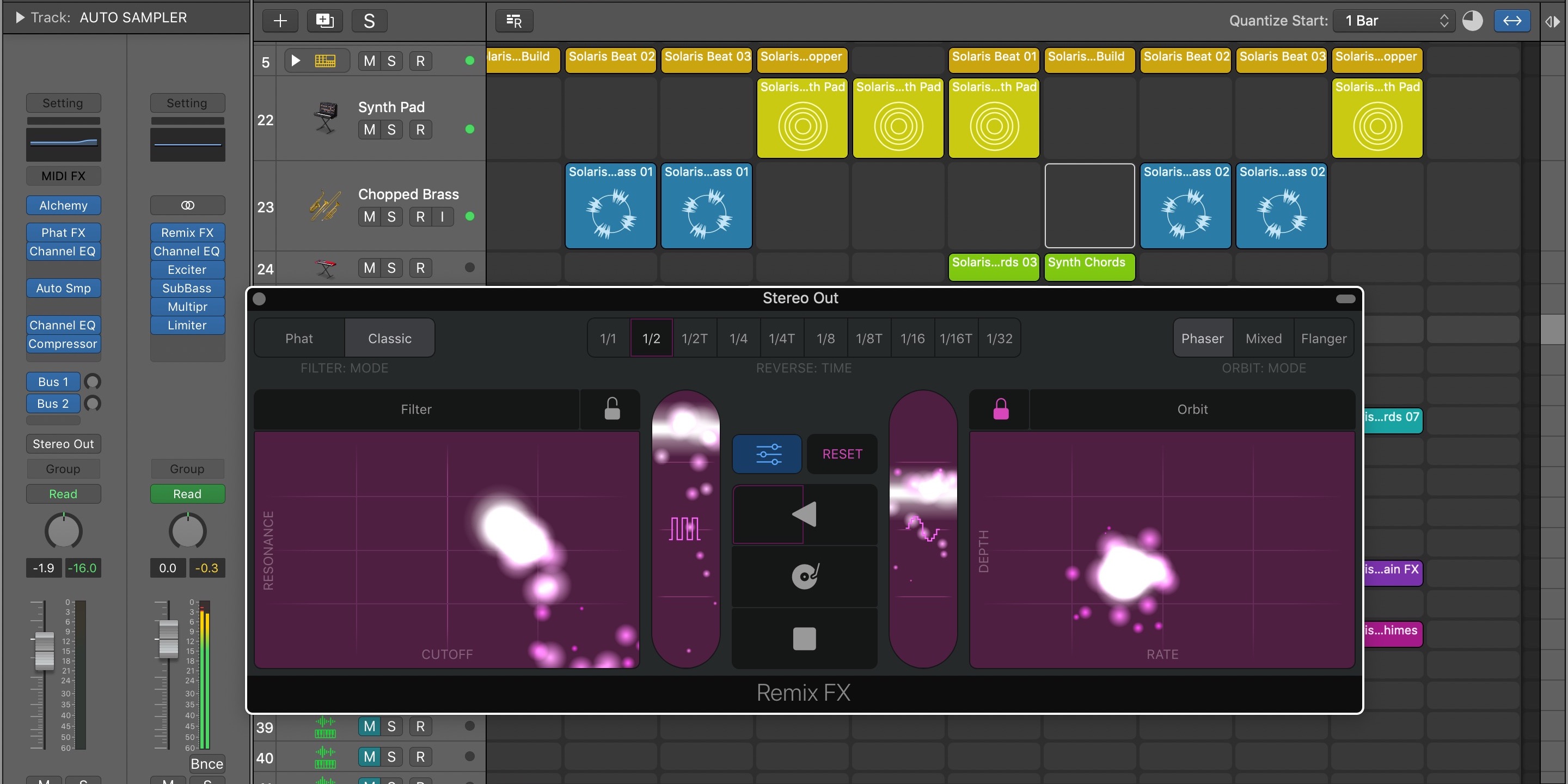 Since Live Loops brings an Ableton-like performance element to Logic, it follows then that Remix FX is another feature allowing on the fly compositional experimentation!


The new plug in allows for interesting and unique control using gestures over any audio track or instrument, including Logic’s main output. There are two X/Y pads, which can be assigned to many different effects, such as Repeater, a Filter and Wobble. There are more controls you’d expect to see on this kind of FX unit, such as a noise gate, reverse, virtual scratching and more. This is designed to bring DJ-like control over your music. And though it is primarily designed to be applied to the main output, there’s no reason you can’t stick it on any other audio or instrument channel! 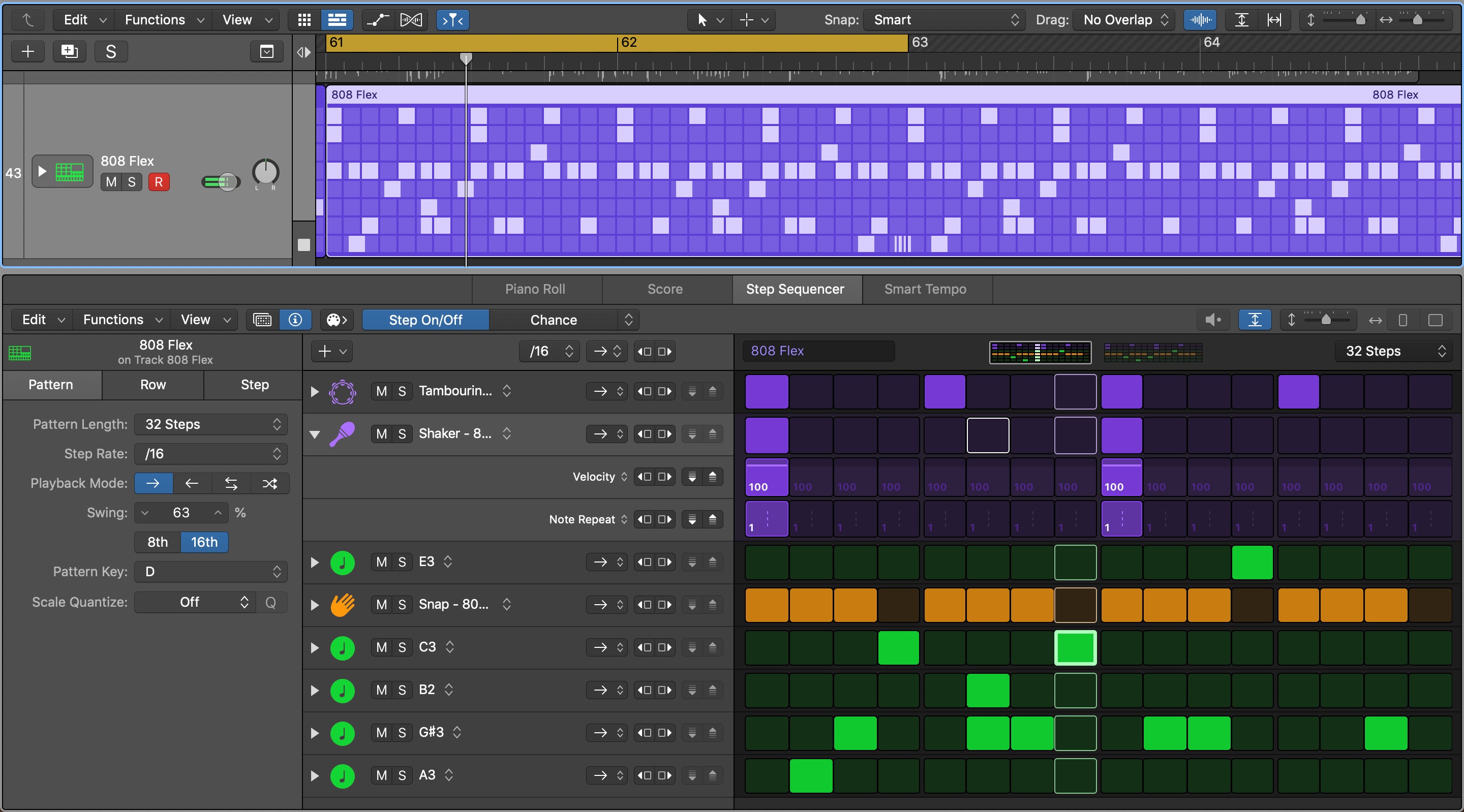 Logic Pro 10.5 also brings a Step Sequencing feature to the DAW. Here’s how the Logic site describes it;


Also listed as ‘Pure Beat Poetry’, it’s clear that in this update Logic are really focusing on implementing new ways of creating. The Step Sequencer is adept at both rhythm and melodic sequencing, as well as individual drum voices, chromatic or scale based melodies or even controller data. This is an exciting new feature with possibilities for new types of music creation.

EXS24 gets a facelift Logic’s EXS24 was a great sampler when I was using it back in Logic Pro 9. But Logic users who have been using it for a long time, the introduction of (or rather rebranding of EXS24 as) Sampler is a welcome breath of fresh air.


Sporting a beautiful new User Interface, and more connectivity between the instrument and the editor sections, which were previously rather separate. There is also a slimmed down version called Quick Sampler, designed for quick sampling ideas that don’t require detailed levels of multisampling or editing.


There are also intuitive new ways of working with samples in conjunction with the Tracks, with options to just drag an audio sample over the header and automatically create a Quick Sampler instrument. There are also fun ways of recording directly onto quick-shot samples.


How much does it cost?


For existing Logic Pro users, you’ll be happy to know that this update is free. People wanting to buy Logic Pro 10.5 will still have to pay the ~£200 price point if it’s your first time using it.


For a free update, it’s a hefty one. But Logic’s updates are rarely without their controversies. I remember when Logic X was released with it’s completely redone User Interface, everyone was claiming that it had taken a step in the wrong direction, becoming more like its little brother software Garageband than the serious (and often complex) DAW its reputation already existed as.


This update too is not without its dissenters. The introduction of the new Live Loops, Remix and Step Sequencer are clearly efforts by Logic to bring their DAW’s capabilities up to speed with the competition, allowing more ways of working and incentivising loyalty instead of switching to other DAWs because Logic doesn’t offer this feature or that feature. However, Logic purists will be quick to point out how music like Garageband the new features are. But is that necessarily a bad thing?


In short, no. A DAW offering more features is rarely a bad thing, unless it  does so at the cost of losing others. But this isn’t the case with Logic Pro 10.5. Far from being gimmicks, the new additional features add some fantastic and new ways to experiment with production and composition, not to mention Live Loops being a huge step towards Logic Pro becoming a contender on the live performance arena too. What many users who loved the older UIs may be wary of though is what we see more as ease of use and accessibility. Logic has never been more approachable than it is in this version, with tons of features for both the novel user and the seasoned veteran. The workflow has been improved without sacrificing the complexity afforded by Logic’s depth.


More than anything, though, this update has added to Logic’s already considerable depth. Few other DAWs can match it in this, and for the price tag it really is one of the most comprehensive music production packages available out there, even if it is only available on Mac computers. And that is the caveat; Logic Pro 10.5 is geared towards the more recent operating systems, so you will need OS 10.14.6 in order to run Logic 10.5.


You may have to look at upgrading your hardware too then, but suffice it to say; Logic Pro 10.5 is a fantastic update, cementing Logic’s place as one of the industry leading DAWs on the market.