As a music producer, it can often be quite frustrating trying to find plugins or synths to help you create a perfect emulation of the sound you're hearing in your head. Let's face it, we'd all be hit producers if we could accurately make what we hear in our heads happen in our DAWs seamlessly!

But I suppose that is the skill of a music producer.

Now, sometimes you can fruitlessly search for plugins or VST synths, and not find one that works for you. But other times, you can find one that works perfectly. I've been on a bit of a plugin hunt recently, and I've come across some really good ones, so we're going to highlight these plugins and discuss what they are, the features they offer and how you can use them!

Today's focus will be on Baby Audio's Super VHS.

I've been leaning towards making some more Lo-fi tunes recently, which led me on a bit of a hunt for some of the best plugins I could find for the genre. Ever since Stranger Things, there's been a resurgence of 80s analog synth inspired music.

Of course, there's always been hidden niches of the music scene which create that type of music, but the last few years have seen it shoot to the forefront of the worldwide music scene.

Lofi channels on YouTube are filled with nostalgic sounding music which sounds as if it's playing through an old cassette player, and that's what Super VHS helps you do to your music.

Super VHS comes from Baby Audio, and usually retails at $49, though it's currently on sale at $29, so you're saving 41% there.

Let's take a look at the interface. Super VHS is great for adding some lo-fi vibes to whatever sound you run through it. Whether it's a synth pad or a drum loop, you can create some really unique sounds blending the six controls that Super VHS has on offer.

A static noise generator which is run by an internal synthesiser. This pretty much does what it says on the tin. At the lower end it adds white noise-esque static, but turning this up gives you some harsher buzz, like when you're plugging a jack lead into a guitar.


Heat is an analog-emulated tape saturator. Inspired by consumer-grade tape machines, this is a really cool effect. Anything before halfway gives you soft crunchy distortion, while pushing it close to full really degrades the sound. The distortion is really nice, full of warmth and really nails that analog sound.

Shape is a sample-rate reducer, which is inspired by 1980s 8-bit samplers. A little goes a long way with this effect; pushing it just a little instantly gives your audio that stereotypical bit reduced sound, while pushing it all the way adds some neat 8-bit ghostly qualities. This is like a super lush chorus effect. In fact, it's inspired by the Juno chorus 'but darker and deeper'. It's an 80s style widening effect, and it's just an on/off button rather than a knob or slider. It's a really nice sound, instantly washing your audio in a lush chorus sound. It simultaneously makes it sound smooth and rough, which sounds illogical but once you try it, you'll know what I mean.  This is one of the classic 'lo-fi' effects, they're almost synonymous. It's a Pitch fluctuation LFO, which gives unpredictable time and pitch shifting. Essentially, what that means is that it makes your audio sound like it's playing on an old and janky VHS. Guess that's where the name comes from!

This one is a 'bad hall' reverb inspired by budget friendly 1980s rack units, and it's lush and full bodied. Throw Super VHS on a pad, and turn this up. Instant 1980s nostalgia.

So they're the basic 6 controls. There's also Output and Mix sliders, but these are self explanatory.

You may have noticed that each parameter only has one knob or slider, but under the hood, each effect is comprised of multiple parameters which give Super VHS its characteristic sound.

The magic in this plugin lies with mixing and matching the effects in different combinations. You'll get a wide range of different sound possibilities, from subtle tape emulation to all out degradation.

So, it makes sense that when you like a plugin from a particular company, you'd want to see what else they have on offer. It's great when a company has more than one amazing product, and even better when they're free!

So, on Baby Audio's website, if you head over to the Freebies section, you can get three plugins and a sample pack, and we'll briefly highlight them below.

Magic Dice is a really cool little plugin. I love introducing elements of randomness into music production - it helps give unexpected and exciting results, and Magic Dice is a perfect example of this.

It's an echo/delay, reverb and modulation plugin. Using the single dice button, it generates random and ridiculously dreamy wet-FX textures with each click. I tried it on a drum loop and some synth pads, and the results are really interesting.

What's cool about this plugin is how you'll never hear the same effect twice, with each new click, you get an entirely different sound, and then you have your mix control on the bottom to control how much of it you hear.

It's powered by Baby Audio's Spaced Out plugin, so you're getting a sneak preview of some of the capabilities of that plugin for free!

You can get hazy space echoes, lush reverbs and alien modulation effects, all randomly generated! 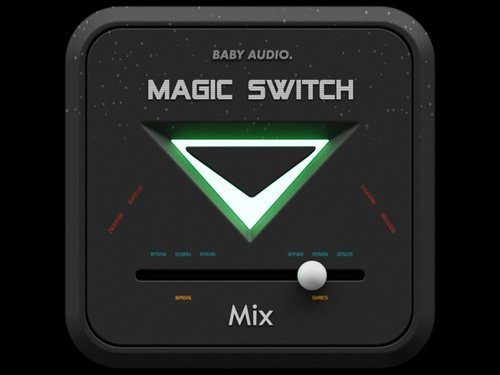 Magic Switch, much like Magic Dice, is a smaller sneak preview of the power of Baby Audio's fully functioned plugins. You will have noticed that this particular button is present on the Super VHS plugin, but this freebie gives you the button and effect on its own.

It's a chorus plugin inspired by the classic Juno "one button" chorus effects of the 1980s. It's worth noting that it isn't a direct emulation of the Juno, just Baby Audio's interpretation of a perfect one-button chorus effect.

It's perfect for that 1980s Lofi sound, giving you a dark and detuned character which is amazing for adding dimension, colour and depth to your tracks. 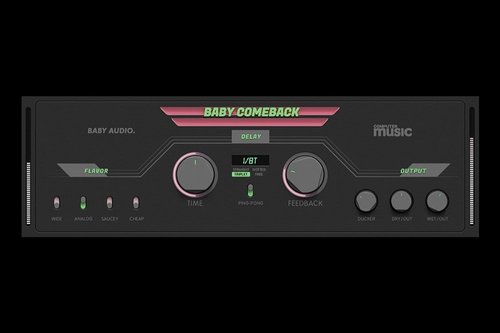 Baby Comeback is a delay plugin developed in collaboration between Baby Audio and Computer Music Magazine. It's a stripped down version of their award-winning Comeback Kid delay plugin.

For a free plugin, it comes with a wide range of features. You have a ducker for cleaning up your delays when a dry signal is playing, as well as four flavour modes: Wide, Analog, Saucey and Cheap. Each of these gives a distinctly unique character to your sound. 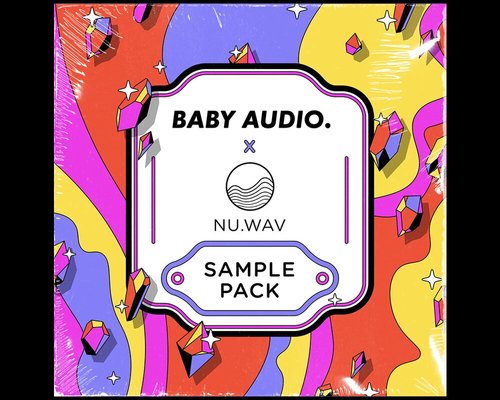 nu.wav is an NYC-based sound design house who specialise in creating colourful samples. This is a great free sample pack made in collaboration with nu.wav, using Baby Audio plugins for all the sound processing.

It's got lush pads, dreamy guitar riffs and fat bass samples dripping with analog character. There's over 100mb worth of samples, so it's definitely a great addition to your sample library!

Hopefully you enjoyed this little plugin spotlight. Baby Audio's Super VHS has become an integral part of my music making in the past few weeks - it's got that perfect 1980s vintage character I'm looking for, and it does wonders on a wide range of audio sources.

Similarly, the other freebies have been really fun to play around with, each of them bringing something unique to the table. And I'll never say no to a free sample pack!

Be sure to let us know in the comments if you use any of these plugins or samples in your music, or of any other plugin recommendations you have!

Hack your music with the Circle of Fifths
December 30, 2022