Logic Pro has made quite a name for itself over the years, especially recently, for making its incremental updates often as feature packed as other developers' bigger flagship updates.

So, today we are going to explore what's in Logic's latest update, bringing it up to version 10.7.5.

It includes some exciting new features which will help you get the most out of your Logic Pro experience.

While 10.7.5 is technically a maintenance update, it includes some cool new features, so let's dive into what they are! 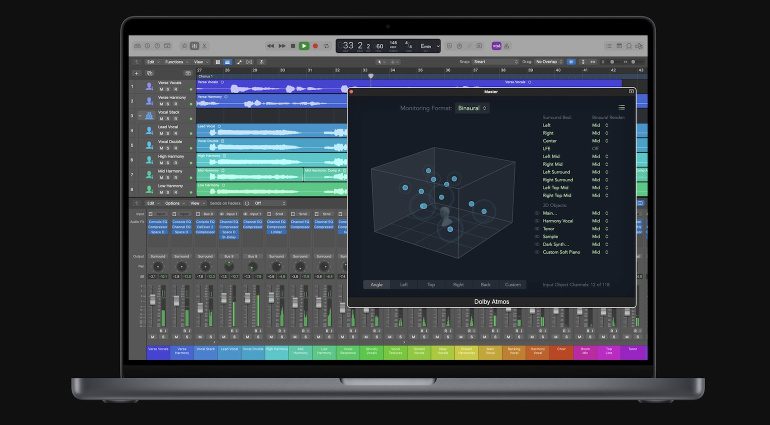 In a world of increased connectivity, the ability to collaborate between DAWs is a fantastic thing. With 10.7.5, Logic now supports Ableton Link, which is a protocol which synchronises the beat, phase and tempo of Link-activated application on either the same device, or a shared network.

There are tonnes of apps out there which support Ableton Link, so if you use any mobile synths, be sure to check out whether they support this feature. It could allow some cool jamming results if so!

This is a cool new feature, which allows you to use the Free Tempo Recording button to record in audio without a metronome or a defined tempo in either a new or an existing project.

This allows you to essentially generate a tempo from a recording, and then the project will follow it organically, which could be really useful for injecting some swing and non-rigid timing to your music.

What's more, is that you can improve the Smart Tempo analysis results by adding and adjusting hints for the downbeats and beats, as well as adding time signature hints to nudge things in the right direction and define any time signature changes.

Once you've made any edits in the Smart Tempo Editor using either hints or beat markers, and you're happy with how it sounds, you can lock the range in which you've added these, ensuring that there will be no further accidental changes made.

All of the Smart Tempo analysis has been significantly improved with a machine learning-based system.

I really like this feature, as sometimes when you're recording in real time, it can feel restrictive to play to a rigid click. A lot of older music was recorded to imperfect timing, so it can help to inject some humanisation into your music .

If you're running macOS 13 or later, then the 10.7.5 update also supports Personalised Spatial Audio.

This allows you to create a customised head-and-ear measurement profile on a supported iPhone, which Logic then uses to provide an even more precise and immersive audio experience over headphones.

This is a great feature, allowing more precise control over your audio

The above listed features are the main ones, but there are a range of other cool additions which we will summarise below.

These are the main updates for Logic in version 10.7.5, and you can read the full patch notes here.

Thanks for checking in with us here at logicxx.com, and while you're here, be sure to check out our deals on Logic Pro projects. You can get a fully produced, professional studio quality track recreated in detail by our international team of producers, which will help you learn all of the tricks that go into a chart topping hit.

Hack your music with the Circle of Fifths
December 30, 2022